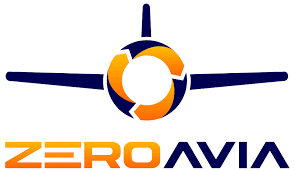 Developed by Valery Miftakhov, the British/American ZeroAvia company is developing hydrogen-electric aircraft. Founded in 2017, ZeroAvia is a promising aircraft concept and has received substantial funding from investors. Here are some key facts about ZeroAvia that you should know. In addition to their upcoming hydrogen-powered aircraft, ZeroAvia plans to sell their aircraft to airlines. Read on to find out if they have the right to sell their aircraft to airlines.

Currently, ZeroAvia is developing a hydrogen fuel cell powertrain for its six-seat prototype. The company hopes to deliver the same performance as a conventional aircraft engine at a fraction of the cost of operating a plane. It is also in the process of retrofitting a second Dornier 228 test aircraft, which will be used for further flight demonstrations and flight tests. Hydrogen fuel cell technology is a promising way to power future commercial aircraft, and the company plans to launch a commercial service by 2024.

The ZeroAvia hydrogen fuel cell powertrain system is paired with proprietary software that will enable zero-emission aircraft propulsion. The hydrogen is converted to electricity in fuel cells that turn propellers in the aircraft. The technology produces no emissions and only water as a byproduct. As a result, ZeroAvia is a step closer to meeting its goal of becoming a true green aircraft. Its hydrogen fuel cell powertrain is expected to reduce aviation’s carbon footprint by up to 80 percent.

The new ZeroAvia hydrogen fuel cell powertrain has been successfully tested on a 15-ton HyperTruck mobile ground testing platform. The HyperTruck is based on a military heavy-duty truck and is the right size to test ZeroAvia’s ZA-2000 two-MW+ hydrogen-electric powered aircraft. The ZA600 will be part of the company’s upcoming Project HyFlyer II program, which will deliver a certified hydrogen-electric propulsion system to commercial airplanes.

The ZeroAvia team is already developing an engine for a 19-seat jet, and will collaborate with engineers from the University of Alaska. It is targeting a certification for the ZA2000 in 2024 and begin testing on the next model of the aircraft, a 50-80-seat regional jet. ZeroAvia is also collaborating with MHIRJ on another project, although it isn’t expected to produce a commercial aircraft for another decade.

While ZeroAvia is focusing on the commercial aviation industry, PowerCell is a leading hydrogen fuel cell stack manufacturer. The two companies have signed a Memorandum of Understanding to develop an aviation-optimised hydrogen fuel cell powertrain. The company expects to deliver the fuel cell stacks by 2024. The goal is to integrate the stacks into ZeroAvia’s prototype battery.

The company’s latest prototype demonstrates the feasibility of a fully electric powertrain in a six-seat Piper M-Class aircraft. The new hydrogen-powered propulsion system promises to deliver the same performance as a conventional aircraft engine but at a lower cost of ownership. ZeroAvia aims to complete a full hydrogen-electric flight demonstration in the next year, and still plans to deliver a certified hydrogen-powered aircraft to the U.S. and UK market by next year.

The company plans to test the prototypes before 2020 and will initially focus on the Orkney flight, which is comparable to a major commuting route. Hydrogen is easier to use in aviation than in ground transportation because aircraft have fixed routes and always arrive at airports. Installing hydrogen refueling stations at airports would be inexpensive and easy. In contrast, ground transportation would require hundreds of refueling stations to operate in the same geographic area.

The company plans to build a new aircraft that has the same range as a Boeing 747. The first hydrogen-powered aircraft is expected to fly in September 2020. Alaska Airlines will also test the aircraft. ZeroAvia has partnered with MHIRJ Aviation, which recently acquired Bombardier’s CRJ program. The company hopes to convert 50 of its jets to hydrogen powertrains. A hydrogen-electric propulsion system can allow for a range of 500nm (926km), making it an attractive option for smaller planes.

A prototype of a hydrogen fuel cell airplane has flown. This hydrogen-powered aircraft is fitted with a battery pack. During its test flight, hydrogen met about half of the plane’s peak power needs. A later test flight was rockier, with the hydrogen cells providing only 50% of the aircraft’s peak power. However, the prototypes’ first flight was successful, so there’s hope. This technology is more cost-effective than other conventional aircraft systems, and is a good alternative to the conventional one.

As the company continues to develop its hydrogen-powered engines, American Airlines will likely soon invest in ZeroAvia, which is one of the leading innovators in zero-emission aviation. The company plans to manufacture 100 hydrogen fuel cell aircraft engines by 2024, and it is aiming to enter commercial service with the ZA600 by 2024. ZeroAvia has secured experimental certificates for two of its prototype aircraft and is on schedule to start commercial flight operations by 2024.

Challenges in developing such a powertrain

The ZeroAvia hydrogen powertrain can deliver 600kW of electrical power and will be used to power commuter aircraft. Green hydrogen, stored in tanks, is converted to electricity during flight using fuel cells. Fuel cells convert hydrogen into electricity, which is then used to power electric motors. The fuel cells are integrated into the aircraft’s electrical system. ZeroAvia hopes to begin testing the ZA600 powertrain this summer.

The next major challenge is obtaining regulatory approval. ZeroAvia is planning to produce 40 aircraft by 2024, but it will need to develop eighty or more powertrains for those aircraft, as well as answer questions about the airframes. Morgansen called this timeline ambitious, but added that the company is hiring experts in manufacturing to get the system ready as quickly as possible. While zeroavia is taking a risk with this goal, he believes there’s a global market for such technology.

While the company aims for 500-mile flights – about half of all commercial flights in the world – the current battery technology is not capable of achieving the range necessary. Further, battery-only propulsion will likely not be viable for long-range commercial zero-emissions flights. ZeroAvia believes that this technology could make it possible for airlines to fly around small airports with no delays. It also hopes to use the powertrain to transport cargo.

ZeroAvia has completed 35 test flights with a six-seat Piper M-class aircraft, and is now working on a larger Dornier 228 aircraft. A test flight is anticipated in the U.K. in the coming months. The company expects to achieve market certification for its first 19-seat hydrogen-electric powertrain in 2024. A full certification for such a powertrain is likely to follow by 2026. In the meantime, ZeroAvia plans to introduce regional jets around 2028.

ZeroAvia is moving towards commercialization of its hydrogen-electric propulsion system and has secured $35 million in the latest round of investments. United Airlines announced its support for ZeroAvia through the round and anticipates an order for 50 ZA2000-RJ aircraft. Alaska Air Group also invested in the startup. To date, the company has raised $115 million. The company is aiming to make commercial flights by 2020. The company has already secured significant investments from major airlines including United and Alaska Air.

American Airlines has announced an investment in ZeroAvia and a potential order for 100 hydrogen-electric powertrains for regional jets. The airline has joined three other major airlines in funding the company. The deal is part of ZeroAvia’s climate strategy and comes on the heels of its previous announcement of $68 million in Series B financing. The deal marks a milestone in ZeroAvia’s progress and further advances in the development of the hydrogen-electric propulsion system.

Despite the recent influx of funding, the company’s current growth plans are ambitious. ZeroAvia plans to develop and commercialize a hydrogen-electric powertrain by 2024. The company aims to achieve 500-mile ranges in a ten to twenty-seat aircraft segment by 2024, and 100-seat single-aisle aircraft by 2030. As a result, it will be possible to fly from London to New York without generating exhaust emissions.

In addition to Virgin Atlantic, IAG, United Airlines, and Alaska Airlines have also invested in ZeroAvia. The startup’s plans include developing a two to five megawatt hydrogen-electric powertrain capable of powering a 40-80 seat aircraft. Later on, larger aircraft will use liquid hydrogen fuel for a longer range and greater payload. ZeroAvia plans to use this funding to deploy infrastructure at airport sites and conduct live demonstrations of the Hydrogen Airport Refueling Ecosystem.

Although there are some concerns about zero-emission aircraft, zero-emission commercial flights are a long way off. The company is making significant progress and is already partnered with Alaska Airlines, Hindustan Aeronautics Limited, ASL Aviation Holdings, and Mitsubishi Heavy Industries Regional Jet Division. It has also recently held a Hydrogen Aviation Summit. In December, ZeroAvia secured $35 million in funding. Its CEO, Val Miftakhov, called for zero-emission aviation as soon as possible.https://www.youtube.com/embed/h1QQ_TQpGmE

What are the main IoT worlds for the B2B market?

How Does a Bifacial Solar Panel Work? 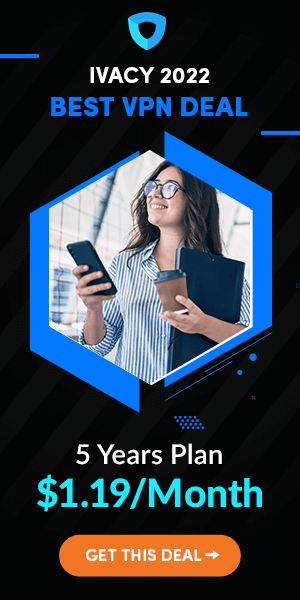