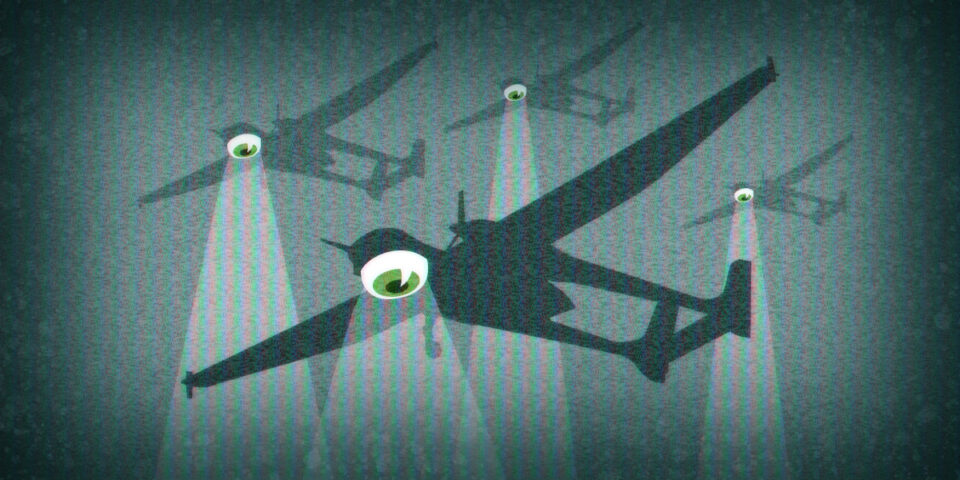 Whether you are looking for a drone to do some aerial photography or just want to get a sense of how it works, you have probably come across a variety of different types. Some are multi-rotors, some are fixed-wing, and others are hybrids. But which one is right for you?

Compared to fixed wing drones, multi rotor drones are ideal for aerial photography, aerial cinematography, and inspection work. These drones can carry higher payloads, and also have higher stability in flight. In addition to this, they can be used for reconnaissance, intelligence gathering, law enforcement, and surveillance. Multi rotor drones are also suitable for use in chemical and nuclear materials detection.

They are capable of flying at any speed. They can also ascend and descend. Multi rotor drones can handle LiDAR systems, and they can also carry standard cameras.

They are used in many different applications, including agriculture, law enforcement, search and rescue, and inspection work. They also provide high-definition images, and can be used for visual inspections of infrastructure. They can be controlled from a remote location. The market is expected to grow at a very high rate over the next several years.

The market is divided by region, with North America leading the pack. However, Asia Pacific has been projected to show the highest growth rate during the forecast period.

The Multi-Rotor Drone market is driven by the use of newer shapes and commercial applications. It is also expected to remain a competitive market. However, the market is constrained by procedural concerns and air traffic control laws.

The Multi-Rotor drone market is divided into two sub-segments: Commercial and Military. The Commercial sub-segment is further categorized into Budget, Medium, and Premium.

Compared to quadcopters, fixed-wing drones are more versatile. They can perform the same tasks as quadcopters, but they also have many other benefits. For instance, they can stay aloft for longer periods of time on a single charge. They can also fly faster and cover greater distances.

Some fixed-wing drones can reach speeds of up to 100 kilometers per hour. They also feature a special “Assisted Mode,” which encourages beginners to learn to fly their craft. This mode prevents the drone from stalling or malfunctioning, allowing for better flight performance.

A fixed-wing drone may also have a camera built into the body. These cameras can capture thousands of images, which are then stitched together for a single view.

Another important feature of fixed-wing drones is the altitude they can reach. These drones can reach up to five hundred meters, and they may stay aloft for a couple of hours. If you’re looking for a fixed-wing drone for your first project, the XK A1200 3D6G is a great choice.

Another great and latest choise is the DeltaQuad Pro!

MIT researchers have developed a hybrid drone design system. The system, which uses a neural network, allows users to select parts from a library of components, and run them through a simulation to compute how the design will fly.

The simulation takes into account the real-world problems a drone will encounter, including random sensor noise, delays in control signals, and more. The team has made the code available for anyone to use.

The system is also designed to help users make their own hybrid UAV designs. The system’s neural network learns how to build the best controller. This results in a more stable drone design.

Hybrid drones can operate more than two hours in adverse weather conditions. It is also compact and easy to refuel. This makes it ideal for industrial inspection, first-responder operations, and aerial surveys.

The team’s design combines a small gasoline engine with an electric motor to power the generator that charges the onboard batteries. The design eliminates the need for a runway, making the drones more effective.

The team has also developed a new version of their hybrid drone. Its endurance is longer than its competitors, and the drone can be refueled quickly. The drone also has exceptional performance. It can hover at a low speed, and it can travel over 100 miles without refueling.

The drone can support up to 20 pounds of payload. It is capable of reaching a speed of 40 miles per hour.

The team also developed a prototype hybrid engine that combines a small gasoline engine with an electrical motor. This engine is rated at 5000 watts, and it can power onboard electronics and lift motors.

Developed by Boeing subsidiary Insitu, drones are designed to carry military-grade cameras that deliver high-resolution imagery to incident commanders. Unlike Predator drones, they do not carry a weapon. Instead, they are used to monitor fires, inspect critical infrastructure, and provide near real-time video feeds. In addition, these aircraft can be used for surveillance during nighttime hours.

Insitu’s ScanEagle is an unmanned aircraft system that is used by the United States military. The drones are 4.5 feet long and have a wingspan of 10 feet. They are designed to fly at speeds between 80km/h and 126km/h. They are equipped with infrared cameras and an integrated communications system. The drone can stay aloft for up to 20 hours, delivering high-quality imagery.

Insitu also provides tools and spares for its customers’ aircraft. The company recently received a $43.7 million contract from the Pentagon. This contract is expected to be completed by June 2026. It is too early to say how this contract will affect employment at Insitu.

Insitu is currently working with the Federal Aviation Administration and the Department of Interior to coordinate the manned and unmanned aviation assets during wildfires. The company is also collaborating with the Oregon Department of Forestry.

Insitu drones can stay aloft for up to 20 hour periods, providing fire-fighters with near real-time video feeds. They also provide georeferenced spatial data. This information is tied to specific known locations, making it easier for firefighters to identify fire hotspots. The data is also used to create digital fire progression/suppression maps.

Using a LiDAR on drones can provide accurate data for a range of applications. These devices can help survey large land areas, monitor pipelines, assess environmental crises, and identify mineral deposits. However, they are often challenging to use, especially for smaller and medium sized companies.

Using a drone to collect data can save time and money. If a company needs to survey a large area, they can use a drone to gather data without putting their workers at risk. In addition, drones can be used to deliver products to customers. They can also be used for marketing purposes. They can even be used to monitor customer foot traffic.

Using LiDAR on drones is an ideal way to gather detailed data without putting your workers at risk. For instance, the Netherlands uses lidar drones to monitor river banks. In addition, the use of drones for surveys has facilitated the creation of virtual representations of the surrounding terrain.

There are many different types of drones on the market. These vary in size, weight, power, and capabilities. They may be equipped with cameras, sensors, or other technology.

A drone with a LiDAR can capture high-resolution thermal images from elevations. This technology can also be used for surveying hard-to-reach areas. The data can be used to make 3D models of an area.

Using a drone to collect the most relevant information can save time and money. The data can be used to optimize operations on an oil platform, for instance. In addition, the data can be used to detect cracks and other problems in an infrastructure. Using drones to collect data can also save lives. For example, if an iceberg is found in a lake, the oil and gas industry can use a drone to track the iceberg and assess its height.

Discover one of the best course about drones, click here!

How to Reduce the Cost and Complexity of Smart Parking

Drone Flight Planning and Control Software | The Best Of

LiDAR cost too high. What is happening?