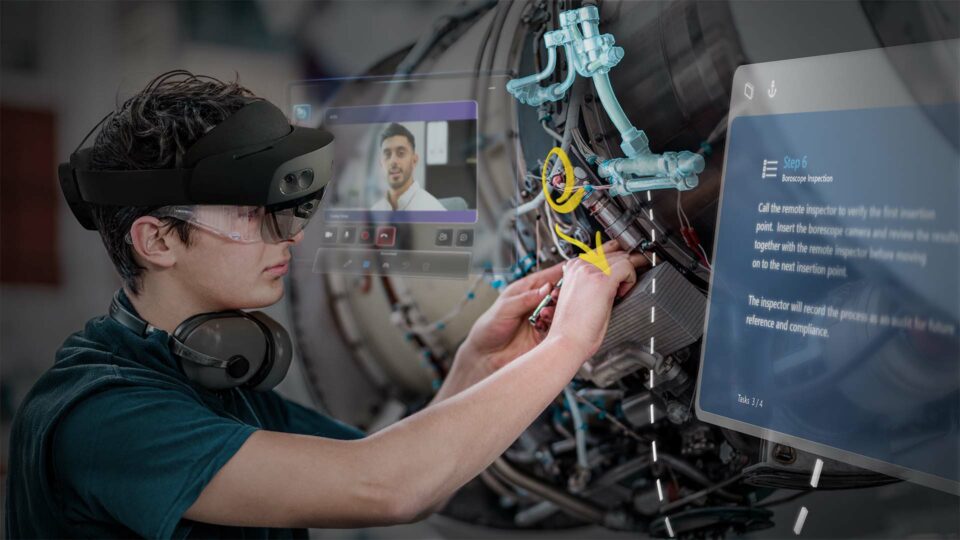 If you’re looking for a way to enhance your home or business with the power of Augmented Reality, Microsoft’s Hololens 2 is worth taking a look at. This innovative device combines advanced hand-tracking technology with artificial intelligence, allowing users to navigate around the room with natural hand movements. It also has a field of view and a suite of sensors to detect objects and allow users to interact with them. And, as if that weren’t enough, it also comes with a host of useful applications.

The Microsoft Hololens 2 is the first fully untethered holographic computer. Its sensors are programmed to be able to track user eye movements, recognize the direction of gaze, and retain the individual preferences of the wearer. It also comes with an iris recognition technology that can help you log in to Windows Hello.

It can track user eye and hand gestures accurately. In addition, it has improved anti-aliasing that leads to smoother content projection. Furthermore, it can recognize 21 points of articulation per hand.

HoloLens 2’s sensor bar includes a depth camera, an ambient light sensor, and a 2MP photo/HD video camera. These cameras work together to produce data that can be used to track and re-localize users in known environments.

It also features a global shutter that prevents light from interfering with the captured light. A small group of users tested the accuracy of the system, reporting that it was reliable. However, it was also found that the tracking accuracy did not exceed one centimeter. Considering that surgical interventions and other high-risk activities would require greater tracking accuracy, it’s unclear whether the device could be considered safe.

In addition to the sensors, the HoloLens 2 device contains a StreamRecorder. This saves the gray-scale cameras and head tracking data. When it’s time to process the data, the stream is processed using OpenCV.

One of the main advantages of the new sensor is that it uses a time-of-flight technique. Using a phased ToF sensor allows for high frequency, thin silicon, and low power. This enables it to be mass-produced in large volumes at a low cost.

Its sensor is also able to cope with noisy signals. Moreover, the sensor is small enough to fit in a mobile phone. As such, it is suitable for use in mixed reality systems.

Its sensors also enable the user to create holograms with their gestures. Additionally, it can recognize voice commands.

The HoloLens has a field of view of around 35 degrees. It’s not the biggest number in the world, but it’s not bad either. For comparison, a typical cell phone screen has about 16 pixels per degree of resolution.

HoloLens 2 has an augmented reality field of view that is nearly two times as large as the original. This means that you can get more out of your holograms.

HoloLens 2, like the previous version, has a camera located in the front of the visor. It’s capable of capturing 1080p videos at 30 frames per second, and it comes with a flexible bracket. These features make it ideal for remote support applications. However, it’s not a device designed to sell to the masses.

One of the HoloLens’s most impressive features is its hand tracking capability. Unlike the first version, it can automatically detect the position of your hands. There’s also a new spatial sound feature.

Another interesting HoloLens feature is the MR Toolkit, a centralized hub that allows developers to build apps on top of the HoloLens technology. This toolkit will give users access to an ecosystem of apps, tools, and services. Using the MR Toolkit, developers can easily create and test applications that take advantage of HoloLens’s capabilities.

The HoloLens has gotten a lot of attention because of its impressive 3D rendering abilities. However, it’s also been called out for poor representation of its field of view. Despite these complaints, the HoloLens still looks great. So, if you have a little extra money and you’re looking for a fun and immersive augmented reality experience, the HoloLens might be right for you. But it’s not the best device out there, and you’re better off looking at Magic Leap or Meta2.

Although the HoloLens is a step forward in the world of augmented reality, it is still far from a cult favorite. And while it looks a lot better than the original, it still has a few engineering limitations.

Microsoft Hololens 2 hand tracking provides users with the ability to reach out and touch holograms, perform a variety of gestures, and interact with a wide range of virtual objects. HoloLens also offers a comprehensive ecosystem of apps and other software.

Hand tracking is an input method that uses a camera to detect the position and orientation of the user’s hands. The input system uses this data to request the joint positions, rotation, and direction for each hand joint. It can then use this data to move holograms or select other objects.

Hands can be tracked using external cameras or embedded sensors. These devices can be placed in the environment or mounted on the headset. For example, a device with a magnetometer can be used to determine the absolute orientation of the hands.

HoloLens supports hand tracking of up to 25 joints. This includes palm, index finger, and other joints. Joint prefabs can be created, but expensive rendering is discouraged. When creating a joint prefab, make sure to avoid complex scripts.

To display the hands in the world, you need to use the Microsoft OpenXR plugin. You can download it from the Unreal Marketplace. Once installed, you need to set Use Hand Mesh with Enabled Tracking Geometry.

If you do not need to display the hands, disable the option. However, you should make sure that the hand mesh is fully defined. In addition, you should avoid rendering the hands in complex scripts.

There are a few additional features in Microsoft Hololens 2. For instance, users can take pictures or videos with the voice controls. Alternatively, users can open and close the Start menu by performing the Start gesture.

Users can also interact with holograms that are out of reach. In this case, they can target elements by pointing their floating pointer. Similarly, they can choose tips by speaking a command.

The Microsoft Hololens is an MR-based headset that allows users to view and interact with their surroundings in a virtual world. It can be used in a variety of applications, such as medical aids, engineering, simulation and other fields.

While it does not have an immersive consumer application, there are some productivity suites available for the HoloLens. For example, Microsoft Layout can be used to design 3D spaces. Similarly, the Graph API can provide full access to Office 365 data. These applications include video chat, collaboration, and hologram placement.

HoloLens 2 uses an eye-tracking feature. It is also capable of replacing the gaze with finger gestures. To use the application, you must log in to your Microsoft account and wear the headset.

Although the HoloLens 2 is not designed for average consumers, its popularity among businesses and engineering students has increased over the years. As demand for this new product increases, it is expected that more research will be conducted to expand its usage. Specifically, machine learning applications are likely to be applied to OST-HMD solutions.

Researchers in the field of medical education have conducted studies to evaluate the accuracy of the HoloLens 2’s position finding and pose repeatability. In addition, they were able to test haptic feedback, which occurs when the user touches a virtual hologram. Haptic feedback is important to improving the holographic experience.

Moreover, studies have shown that HoloLens users report milder eyestrain than comparable virtual reality simulators. Nevertheless, there are not yet any specific guidelines for using the HMD. Some of the most important aspects of the device are its weight and its field of view.

How to Highlight a Technical Skill on Your Resume

Which VR Treadmill is Right For You?

What You Need to Know Before Purchasing a Nreal Air

Virtual Reality As a Communication and Training Tool