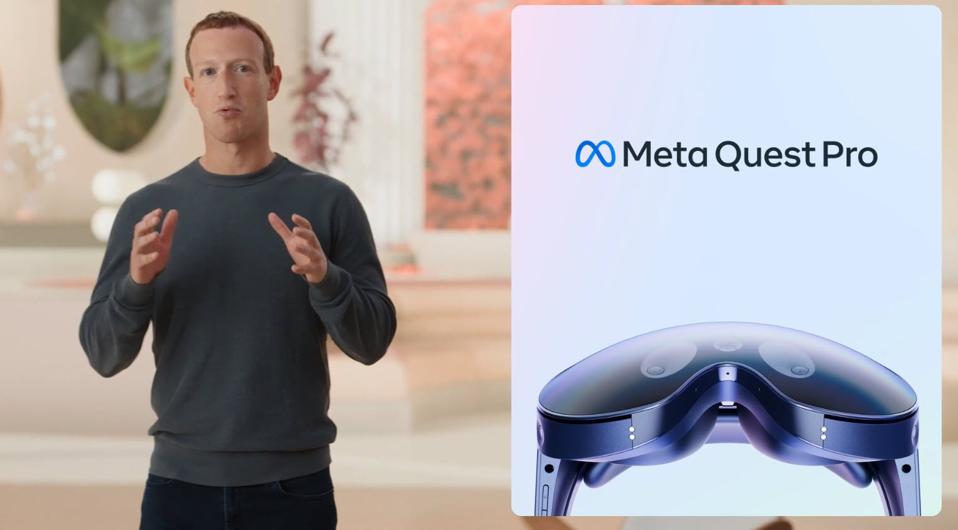 Meta has made a big move with its new VR headset. While it doesn’t replace its entry-level headsets, it does offer a much higher-end experience. The Quest Pro features five infrared sensors for capturing detail and allows you to see your surroundings in color. Additionally, the headset is backward-compatible with Meta Quest 2.

Meta’s new VR headset is an important milestone for the company, which has spent billions of dollars steering its product line towards the virtual world. Despite this investment, the company’s VR unit remains small compared to its other operations. As a result, it is losing money, with losses of $2.8 billion in the second quarter of this year.

In a recent interview with Protocol, Meta CTO Andrew Bosworth talked about how Quest Pro fits into the company’s strategy, what consumers can expect from it, and how the company is positioning the headset in the enterprise. He also addressed recent criticism of the company’s VR platform, Horizon Worlds.

Though Meta has had an early-mover advantage in the VR marketplace, its first-mover advantage is being challenged by the likes of Apple and other companies. According to an internal memo viewed by the Washington Post, the company will need to leverage consumer preference data to keep its lead.

The new Quest Pro VR headset is the latest in its line of VR headsets. It will be powered by the Snapdragon XR2 processor and feature upgraded eye tracking, a higher resolution 1800 x 1920 video feed, and more peripheral vision options. The headset will also feature a new display, which will enable users to blend the real world with the virtual world.

Meta has been focused on the VR market in the past, but it has now turned its attention to mixed reality. While the company’s new headset has magnetic panels to block ambient light, it isn’t meant to block all ambient light. The company is betting on VR as the future of interaction, and is investing billions in the tech.

It lets you see your surroundings in color

The Quest Pro VR headset is a VR headset that lets you see your surroundings in full color. This is a vital feature for games that use mixed reality and advanced technology. It also allows you to take notes or a sip of coffee while in VR. The headset was recently shown off in Redmond, Washington to reporters and executives from Meta. Compared to its predecessor, the Quest Pro is much smaller and easier to use.

The Quest Pro features eye tracking and Natural Facial Expressions, two technologies designed to make avatars appear more lifelike. The headset also comes with an option to turn off eye tracking and facial expressions. Meta explains that this is done to protect your privacy and doesn’t share images of your face or eyes with any third party app.

While the benefits are debatable, the battery life could be an issue. The headset may not work well in a long commute, but it should be comfortable enough to stay in place and perform daily tasks.

The Quest Pro VR headset will let you see your surroundings in color. Its innovative design folds light from the display over multiple times, allowing it to be 40 percent thinner and still produce an 1800×1920 pixel per eye resolution. Local dimming technology also improves color gamut and contrast. If you want to try the headset, you can pre-order it now.

The Quest Pro VR headset is expected to sell for around $1,500 USD and is the company’s flagship product. It will only be available in a 256GB version and will begin shipping on October 25. The headset is slated to be available in select retailers.

The Quest Pro features a Qualcomm Snapdragon XR2+ processor and full-color passthrough cameras with four times the resolution of the Quest 2. It also features a depth system that detects objects in the environment and locks them in place for mixed-reality gameplay. The Quest Pro is powered by 12GB of RAM and 256GB of storage. It has a 106o horizontal field of view and 96o vertical field of view. It also features a suite of sensors that track the position of the controllers.

Meta’s Quest Pro VR headset uses 5 infrared sensors to track wearers’ face and eyes. This allows for more realistic and authentic avatars. The five sensors will capture images of your face and eyes and then process them on the headset. When the processing is complete, the images are erased.

Lynch’s data mining network discovered hints of Project Cambria’s passthrough sensor technology in the Quest firmware. It features three sensors, including two low-resolution Luma cameras for depth and stereoscopy, and one high-resolution RGB camera in the middle of the housing. The resulting video image is a fusion of the data from these sensors.

The headset is sold in 256GB and 128GB models. It also has 6GB of RAM. The company recommends using the Quest Pro with people who are 13 and older. The headset also requires a minimum of 6.5 square feet of clear floor space. It supports Link and Air Link connections, and weighs a total of 1.59 pounds.

Meta is testing new VR technologies on the market. The company’s Quest product line, which is priced aggressively and aimed at the general public, is designed to penetrate the market quickly. Its Project Cambria line, on the other hand, is aimed at professionals and high-end users.

The Quest Pro’s five infrared sensors can capture 3D depth maps and can track up to five meters. This allows it to capture more details than the Quest 2, which only had two sensors. The Quest Pro also features face and eye tracking.

The Quest Pro is different from the Quest 2, which is made with a curved battery. It also has a dial on the back of the head strap, which is useful for fine-tuning the fit of the headset. The back strap of the headset is adjustable, which makes it easier to put on and take off when you have long hair.

The Quest Pro’s hand tracking has exceeded Meta’s expectations. The new Quest Pro is more lightweight and has a lower profile than its predecessor. The company has also improved the sensor architecture. While the Quest Pro has fewer features than the Meta Quest, the headset has more advanced technology and promises to make VR more social and realistic.

It is backwards compatible with Meta Quest 2

The Meta Quest Pro VR headset is one of the slimmest VR devices available today. It features pancake lenses, a curved cell battery, and a continuous lens spacing adjustment system. The headset can accommodate users with inter-pupillary distances ranging from 55mm to 75mm. It also has an eye relief dial that allows users to adjust the distance of the lenses from their eyes.

The Meta Quest Pro VR headset also has improved performance, with a per-eye resolution of 1800×20 pixels. This is an impressive increase over the Quest 2’s resolution of 1,920 x 720 pixels. It also offers a low-pixel-per-inch resolution, which almost eliminates the screen door effect. Users can also experience the benefits of an improved battery life of up to 90 minutes when using the headset.

The Meta Quest Pro is designed to improve the quality of VR games and the overall user experience. Its design is slimmer and more streamlined than its predecessor, the Meta Quest 2. It also uses a curved cell battery that integrates into the head strap. This should give users a more balanced feel while wearing the headset.

Meta Quest Pro VR headset is a high-end VR/MR headset. It is designed to cater to professional use cases, like the creation of virtual workspaces and visualizing products in 3D. The headset is backwards compatible with Meta Quest 2 apps, but certain features will only work with Meta Quest Pro. This new headset will also support Microsoft’s Teams and Window apps.

The new Meta Quest Pro VR headset has improved sensors for improved hand tracking. Its controllers do not require big loops like the Joysticks in the Quest 2. The controllers also allow for more precise hand tracking, which is useful for games like Jenga. The developers of the new headset worked with Operation to make it more intuitive.

The new Meta VR headset addresses these two major concerns with its improved optics and displays. It is the first headset to use a pancake lens, which helps to produce a more accurate image than traditional VR headsets. The headset is also lightweight and delivers better visuals than most tethered alternatives. Furthermore, it comes with a wireless charging dock.

Updates and Trends on the Smart Cities Industry

What Underlying Concept Is Edge Computing Based On?

Ambi Climate Mini Review: Everything You Need to Know

Which Kindle Paperwhite is Best For You?

Amazon Sidewalk: bring the real potential to your smart home