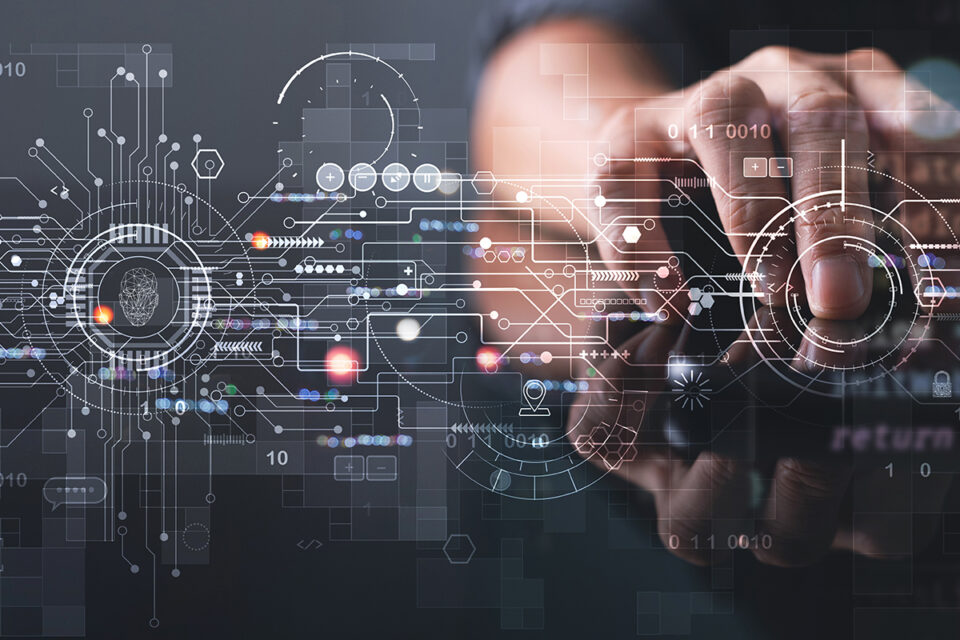 The internet of things (IoT) refers to the network of devices, which are able to connect and exchange data. While this can be a very convenient way of storing and analyzing data, it can also have a number of negative side effects. Some of these negative side effects include the possibility of causing the duplication of resources and a potential risk to critical infrastructure.

The Internet of Things (IoT) provides users with a real-time look at their systems. This can help them make better decisions, reduce waste, and improve the quality of their lives. It also helps organizations to operate more efficiently.

IoT devices communicate in hundreds of different ways. Some communicate through the Internet, while others use wireless protocols. But the right protocol for your application depends on your needs.

The Internet of Things is made up of billions of smart devices. They each have a communication component, such as radio, sensor, or actuator. These components collect data, analyze it, and send it to the cloud. Once the data is in the cloud, it is available to other IoT devices.

A gateway connects IoT devices to the network server. Network servers can then manage the devices, handle security, and perform low-level protocol processing.

OneM2M defines a set of common service functions that can be applied across various IoT use cases. This includes wearables, home automation, and smart networks. Various industry domains can use these CSFs.

The oneM2M Service Layer provides a framework for semantic interoperability. The layer supports registration, location services, and other common functions for IoT applications.

OneM2M works by establishing uniform APIs that provide access to the Common Service Functions. It is used by various IoT Applications, such as smart farming, wearables, and energy management.

The Internet of Things (IoT) is a system of interconnected objects that communicate with each other and the rest of the world in a variety of ways. These devices often have actuators, sensors and microprocessors that control their functionality. In order to function properly, IoT devices must be equipped with a communication component.

Several technologies are available for designing and deploying successful IoT systems. Some of the most popular include Bluetooth and LoRaWAN. Both can work in both rural and urban environments.

Bluetooth is ideal for low volume, low power devices that are capable of sending information in bursts. It also has a range of up to 5 kilometers.

As with any new technology, there are several challenges to be faced when it comes to IoT. The primary one is power management. Many IoT devices are battery powered, which means that they can’t be left on all the time. This means that they need to be able to handle intermittent connectivity and be heavily vented to avoid heat build-up.

Other key issues are network range and connectivity. Increasing the range of the network will increase the amount of data that can be sent. On the other hand, an unreliable network can cause a variety of problems.

Among the most interesting IoT innovations is the concept of edge computing. Edge computers take data from IoT devices and analyze it directly. Typically, they are used in home automation systems.

One of the most important features of an IoT application is the user interface. Typically, an IoT system has multiple user interfaces. Users may interact with a system through a web site or mobile app. They can also do so indirectly through API integration.

Despite its growing popularity, the Internet of Things is still suffering from some limitations. One of the major challenges is reducing the cost of data access. Data replication is a solution to this problem. But it’s not necessarily the most effective one.

Duplication of IoT computing resources is a big issue. For instance, when deploying a complex IoT application, resources must be allocated to ensure optimal performance. Unfortunately, this is not always possible.

Moreover, duplicated resources can lead to a lowered utilization rate. This can have a negative effect on the cost of a data center. The best way to avoid such a scenario is to allocate computing resources in a well thought out manner.

In addition to utilizing available resources, an efficient strategy should also consider the application-specific factors. To do this, a good data placement approach is recommended.

The Internet of Things (IoT) is a rapidly growing technology that has the potential to create a huge threat to critical infrastructure. This includes communications, power, health care, and transportation. A cyber-attack on an IoT system could have disastrous consequences for a community.

With more devices connected to the internet, there are now more points of entry for cyber-attacks. Cyber-criminals may want to access corporate data or personal information. In addition, the proliferation of the Internet of Things has created millions of new vulnerabilities in the critical infrastructure ecosystem.

These vulnerabilities can be exploited by attackers to access sensitive information and cause damage to critical systems. Hackers often use social engineering techniques to gain unauthorized access. They can then launch an attack that will result in physical harm or economic loss.

IoT devices can be used to attack systems that depend on industrial control systems. For example, a malicious actor can target a natural gas compression facility to shut down its operations. Similarly, an attacker could hack into a water treatment system to change the chemical used to treat the water.

The Department of Homeland Security’s Cybersecurity and Infrastructure Security Agency (CISA) has provided resources and guidance to help protect critical infrastructure. However, it is important for IoT device adopters to work with policymakers and cybersecurity suppliers to establish standards and procedures to prevent IoT threats.

There are many different types of cyber-attacks that affect IoT and OT devices. One type is a ransomware attack. It involves the use of a denial of service attack to congest a system network infrastructure. Another attack aims to delete database content.

Depending on the attack, it can be difficult to assess the impact of a cyber-attack on a critical infrastructure. For example, the 2021 Texas power outage did not involve a cyber-attack, but it caused $195 billion in property damage and 57 deaths.

One of the biggest challenges in building an IoT platform is identifying and addressing limitations. For example, how to determine the performance of an IoT application, or how to implement the latest technology that can improve security?

Thankfully, there are some things you can do to ensure your IoT platform is performing at its best. Among them is implementing continuous integration and delivery.

Another way to get ahead of the game is to identify which IoT device is the best fit for your business. This may not be easy, however. There are several different types of devices, all with their own strengths and weaknesses. You’ll need to do some research before making a decision.

The best way to do this is to use a platform that allows you to configure and manage your assets. These platforms are also a great source of actionable insights. Some platforms even have analytics built in.

Aside from being a useful tool, an IoT device can also help you save money and time. Smart gadgets such as smart TVs, voice assistants, and smart irrigation systems are just a few examples. They’ll make you more efficient and save you money in the long run.

Creating an IoT system can be expensive, though. Fortunately, you can solve this problem with cloud computing technology. It can provide you with a central point of storage for your data. However, it can also be vulnerable to attack.

To avoid this, you should also perform a comprehensive test on your IoT platform. That means you should do a simulated end-user application load. In addition, it should be tested for scalability and overall performance.

Are you ready to start with your next IoT project? Contact us!

What is Cloud in IoT?

Some Examples of the Best IoT Projects

The Future of Smart Warehouses: Automated and Intelligent Systems

The Values of Computational Journalism

IoT Compliance Standards and How to Comply

What Caused the Chip Shortage?

What is Web3? Here a simple vision!